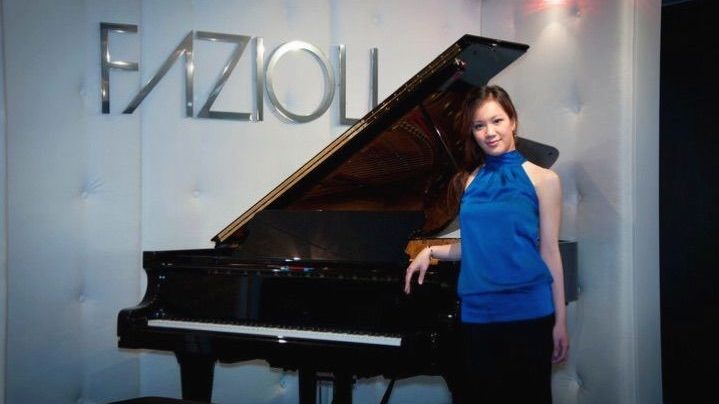 On our journey, I will introduce you to the Ferraris, Lamborghinis and Aston Martins of piano in this article! Let’s learn about Steinway, Fazioli and Bosendorfer pianos.

If you have heard of one piano brand it’s most likely this iconic brand. The majority of Symphony orchestras and concert halls have a Steinway grand piano. 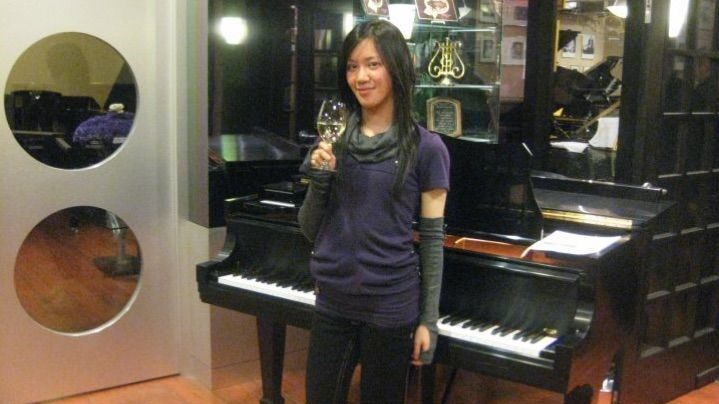 This brand is actually a German brand. Many people mistakenly think that it is an American brand because it has a factory in the United States. The founder Heinrich E. Steinweg (later renamed Steinway) was a German, who made pianos in Germany as early as 1820. In 1850, he immigrated to the United States and established the first Steinway factory in New York in 1853. Only the eldest son of the Steinway family stayed in Germany to continue creating pianos.

Later, Heinrich's eldest son also arrived in New York and sold the factory in Germany to work partners, and went to New York, USA to cooperate with his family. The original German factory was named Steinway. But later, the eldest son returned to Germany and opened a new factory. Under the leadership of the eldest son, Steinway has won many awards, and most of the 126 patents of Steinway are masterpieces of Steinway's first and second-generation heirs, and many of them are innovative ideas from the eldest son. The machines used by American factories are also tested by the eldest son in the German factories. Therefore, the truly high-end Steinway originated from Germany. 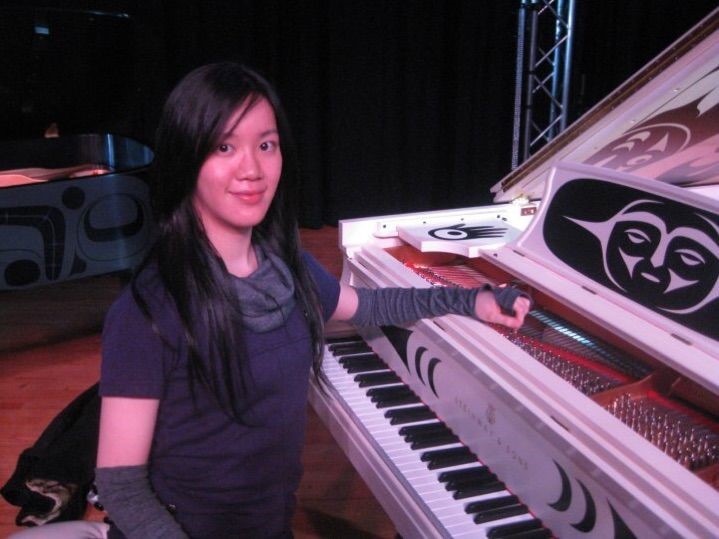 This is a limited edition Steinway with FIRST NATIONS artwork, in black and white. ($ 500,000 Canadian dollars.) 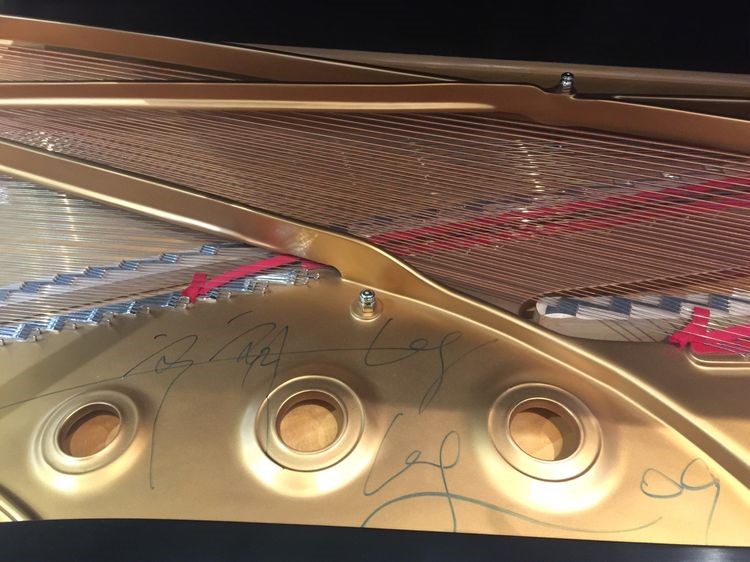 Want to check out the score to Fur Elise? Click here to view this public domain score.

This is an Italian brand. All handmade, this piano has a crispy and gentle sound. It takes an entire year to make a Fazioli grand piano. The hallmark of the brand is its truly luxurious style. This brand produces only grand pianos and has no upright option. They are as luxurious as one can get in the world of pianos. There are special editions of these pianos. There are 2 Fazioli pianos covered in 22 and 24K gold.  The 24k gold piano is worth over $500,000.00 and a white plus 22K gold version used in the lobby of Fairmont Pacific Rim Hotel, is worth more than $ 225,000. These are of course one-of-a-kind special order pianos. Then we have the  M. LIMINAL, which features a spaceship design. They're a little less rare as there are only 8 in the world today. 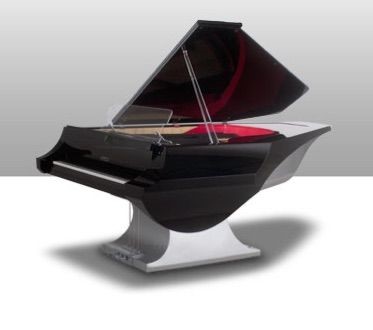 Fazioli M. Liminal, only 8 in the world 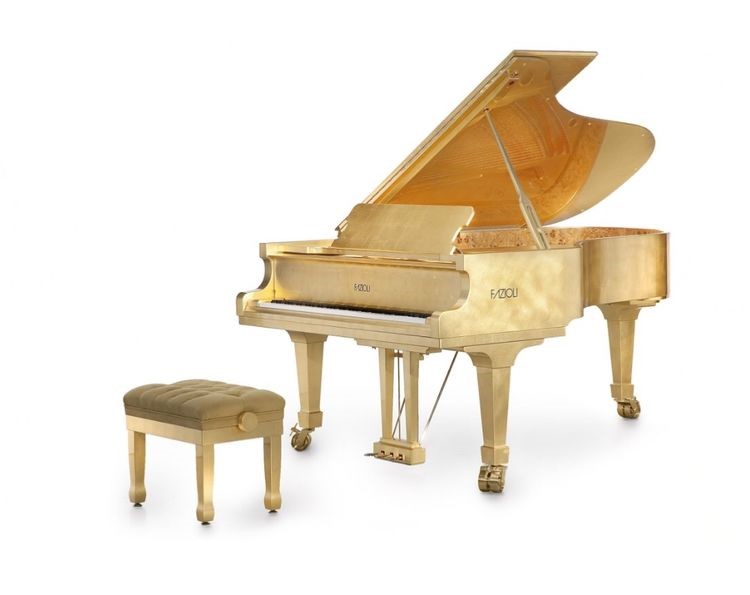 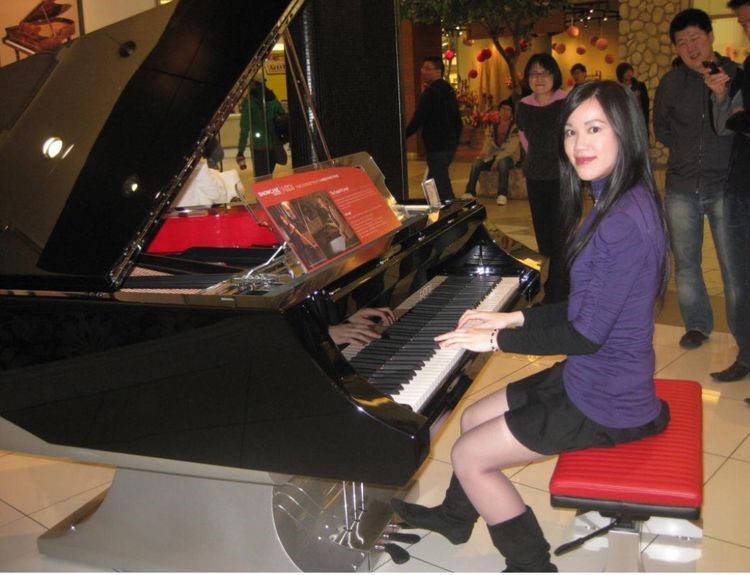 Here I am playing on a Fazioli  M. Liminal piano. 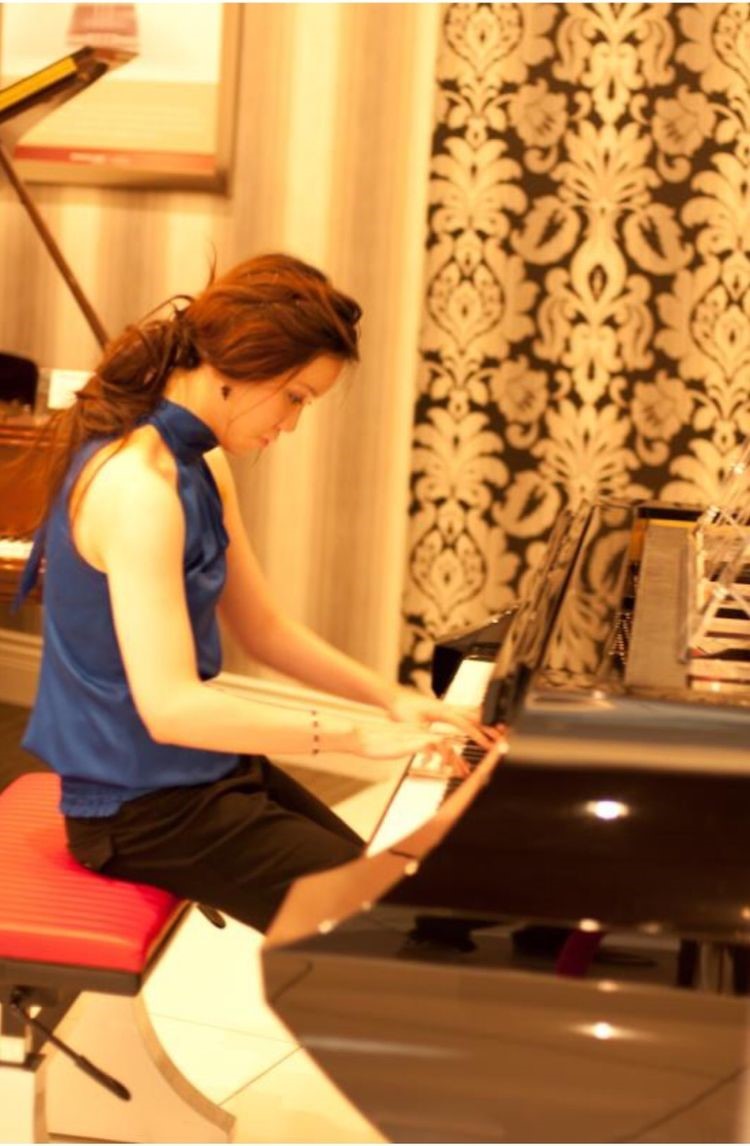 I was so lucky to spend even more time with this piano. 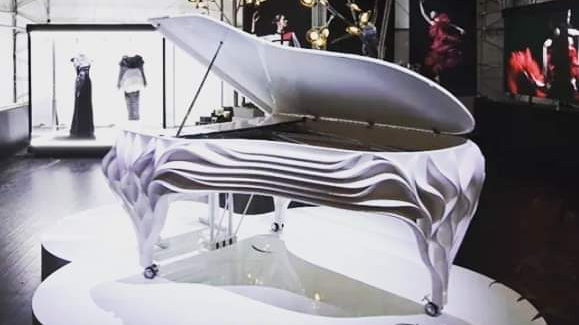 This is the Fazioli Butterfly.  It is so beautiful with an all-white design. 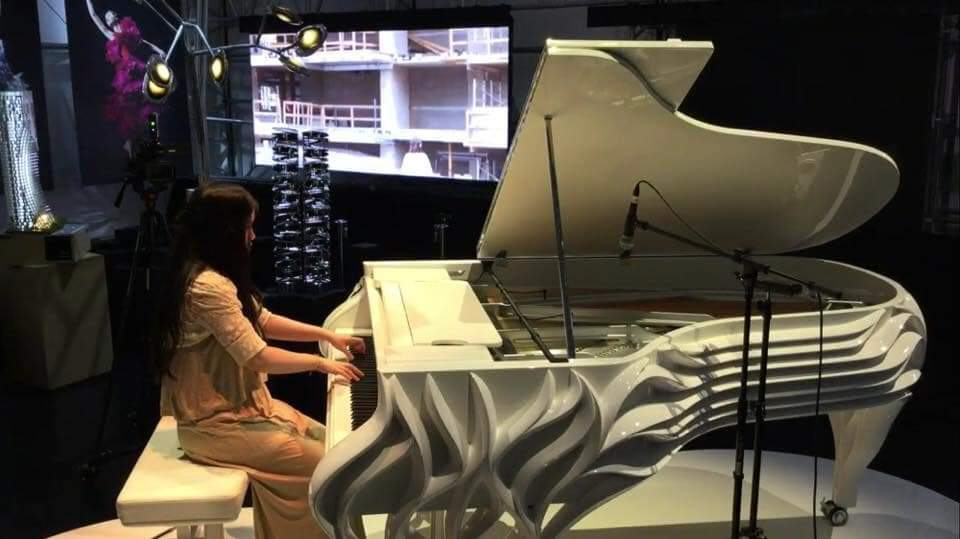 The sound is so beautiful that I played here for four hours without wanting to leave. 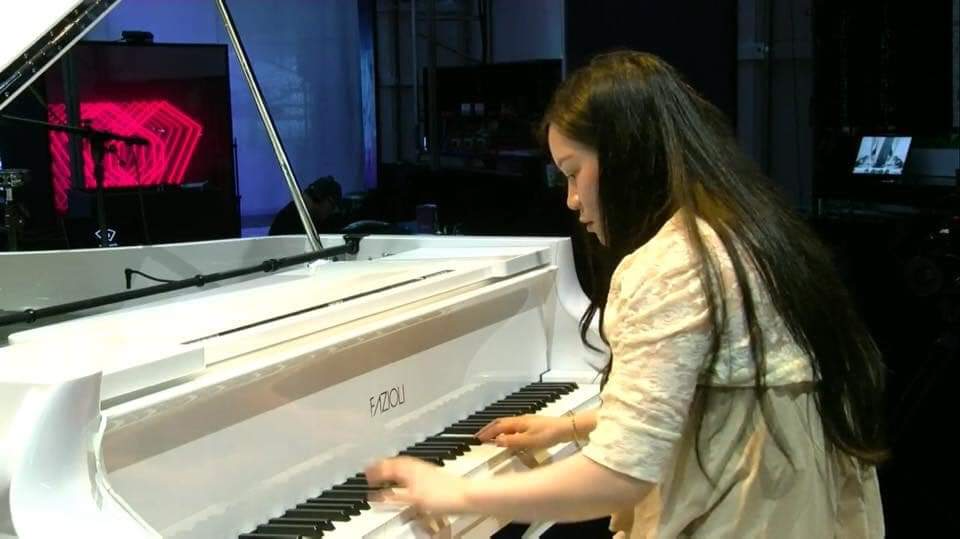 This Fazioli Piano is a limited edition and there is only one in the world. My hands are getting excited. 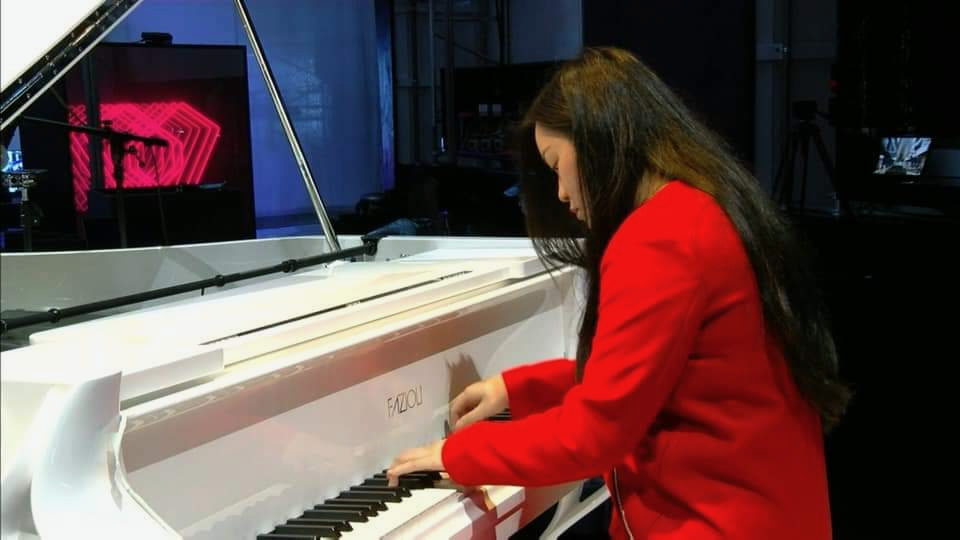 I enjoyed playing this piano so much that I even changed clothes for a video performance. 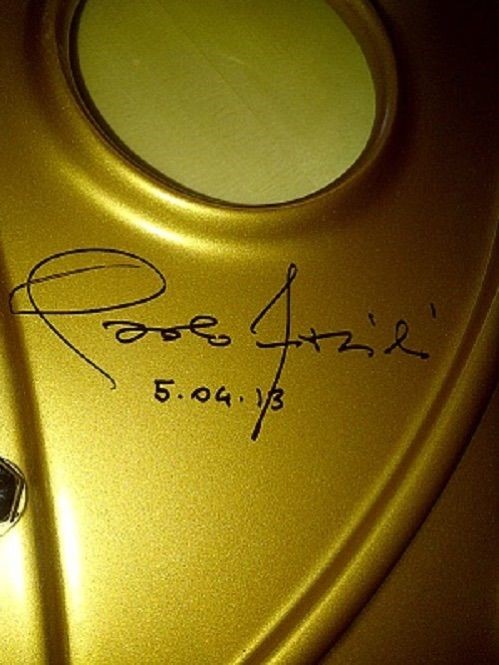 Fazioli pianos are autographed by the Fazioli founder Paolo Fazioli.  You can really see the commitment to quality.

Listen to the winner of the 18th International Chopin Competition Bruce Liu perform Chopin's Etude in C sharp minor, Op. 10 No. 4 at this iconic competition's first stage performance, and you will understand why he chose Fazioli over other brands.

Want to look over the score to this exciting piece by Chopin? Click here to view this public domain score.

Fun fact: The Chopin Competition is so special that each competitor is given a range of different brands of pianos including Steinway, Yamaha, Kawai and Fazioli to choose from, and Fazioli was chosen by the winner Bruce Liu!

This is a piano brand from 1828. They are produced in Vienna. The year before this brand was established, it was just a year before Beethoven died. Beethoven lived in Vienna until his late years. The founder of the brand Ignaz Bösendorfer was deeply influenced by Beethoven's music, and one year after his death, he created this brand, hoping to create piano sounds to complement Beethoven's style. 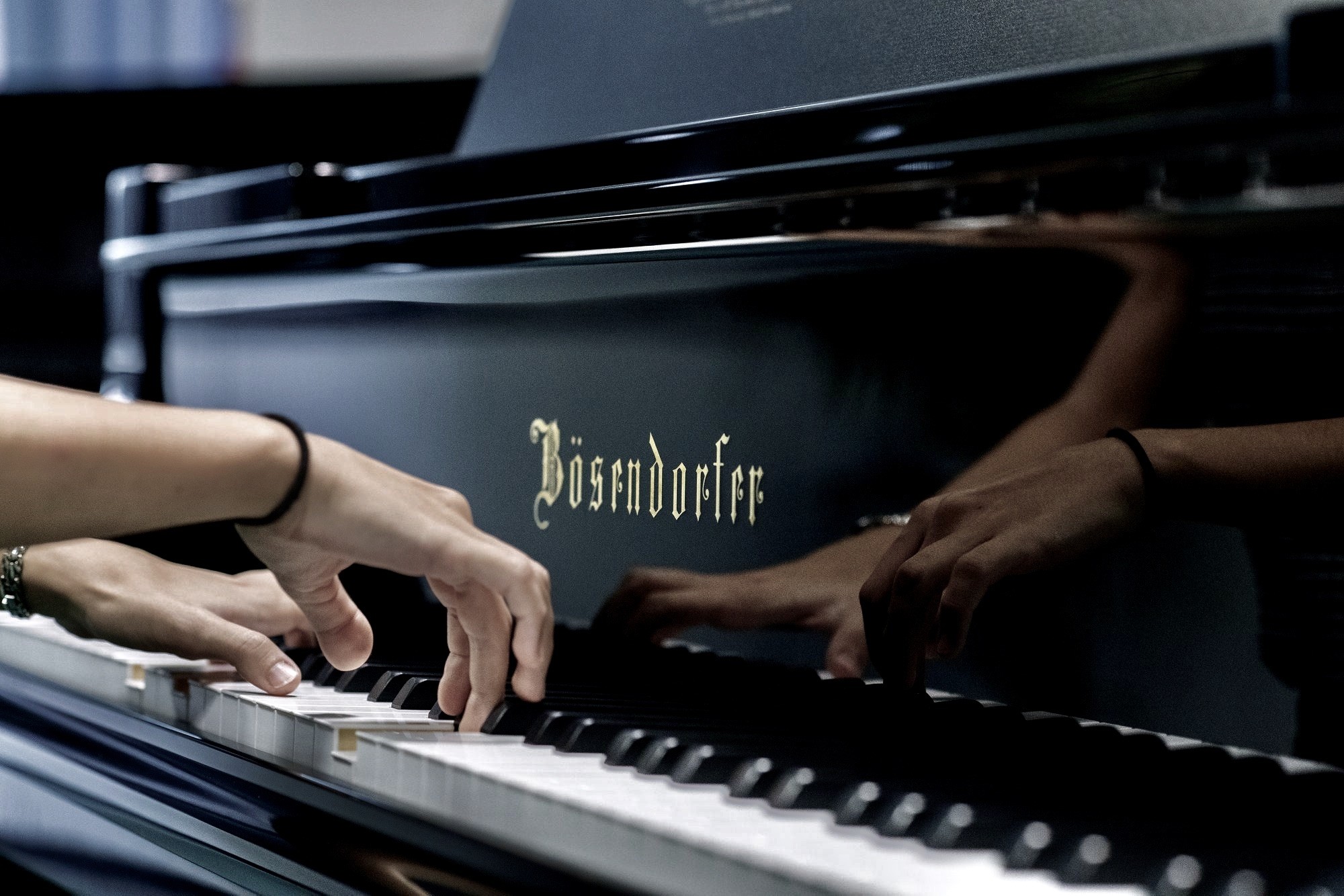 Romantic pianist Franz Liszt also used it to perform. The long history of the brand, coupled with the fact that it was preferred by world-class pianists like Franz Liszt, is enough to prove that it stands in the piano world as a top brand. Liszt is famous for his piano technique, and not every piano could withstand Liszt's superb performances. It was in 1838 Liszt used this brand of piano for his performances. Bösendorfer became famous overnight, and it is the only piano manufacturer that has operated from those days until today. 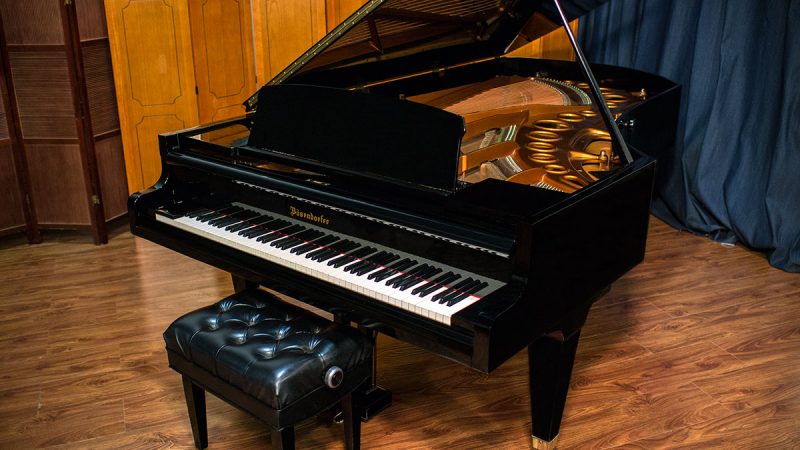 Fun fact: Bösendorfer is unusual in that it produces 97 and 92-key models in addition to instruments with standard 88-key keyboards. This Grand Imperial piano above has the extra keys.

- To learn more about Bösendorfer and their pianos with extra keys read this excellent article 'Why the extra keys? The Bösendorfer Imperial Grand Piano' from Pianist magazine. 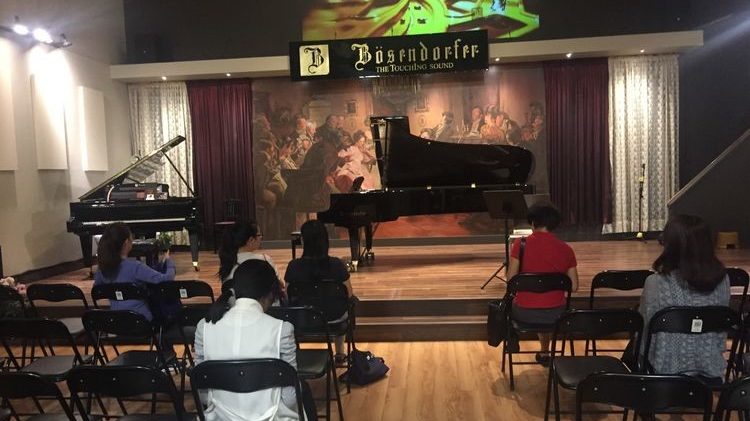 One of the schools I teach at had a seminar and we saw and played this beautiful Bösendorfer.

Listen to the distinctive Bösendorfer sound as Sir Andras Schiff performs and discusses his love of the instrument.

Fun Fact: Since 2008, Bösendorfer is a subsidiary of the Yamaha Corporation. Many would argue Yamaha should also be included here in this article but as producers of all levels of pianos, we chose to stay with the top 3 pure luxury brands. Yamaha of course manufacture very fine world-class pianos also.

I hope you’ve enjoyed my sharing my experience with the 3 most iconic piano brands today.  While most students and teachers will not have the means to invest in 24k gold pianos or such luxuries it is great fun to know what is out there. Chances are that most pianists will get a chance to touch a Steinway in some way or another.

Josie is a piano teacher from Beethoven at Home offering in-studio piano lessons in Richmond BC Canada.  Josie also offers online piano lessons to all of Canada. Josie holds an ARCT diploma from the Royal Conservatory of Music.

Let us Find a teacher for you